There is a lot of confusion about the concept of energy balance, and weight loss (or gain). Of course if you reduce the calories that you eat, then you can lose weight, people do that everyday. The problem is that Calories In: Calories Out doesn’t adequately explain how weight loss/gain works.

This concept does not really originate in biology. Biologists will tell you that even single celled organisms are more complicated than that; they don’t extract all the energy from food, the rate that they burn energy changes based on their intake, and energy is dissipated to make heat.

This concept doesn’t even originate in physics, although you will find plenty of people claiming it as a restatement of the first law of thermodynamics. Energy in a closed system may not be created or destroyed. Humans are not closed systems, we give off energy all the time, like any warm blooded animal we generate heat that we dissipate into our environment.

No. This came from the science of marketing. It came from a little company called …

The messaging was designed to encourage people who wanted to drink their popular sugar water, that they may indeed drink as many as they want and need only do some exercise to burn off the calories before they stored them.

Coke started a foundation called the “Energy Balance consortium” to pay people to spread their idea, they even paid a researcher to “eat nothing but hostess Twinkies and show that he lost weight“. This would have remained secret but Coca-Cola came clean in 2016 about what researchers they paid and it all came out.

This idea of energy balance has morphed from a marketing message used to sell sugar water, to one used to sell weight loss schemes through calorie restriction. This idea is also simple, If you eat less food, and do more exercise, you will use more body fat.

The problem is that that is a poor approximation of how complex systems like our bodies work.

When we reduce energy available from food, our bodies respond by reducing the energy they consume. If we do exercise to try to keep “Calories Out” high by say going for a 2 hour run everyday, then we end up using less energy for the 22 hours of the day we are not running.

This study in 1988, locked 12 overweight patients in a Metabolic ward for 4-5 weeks, where every single calorie they ate and expended could be measured.  The participants were fed 720 kCal/day with enough protein to maintain muscle mass.  The controls were sedentary for the entire stay. The intervention group performed up to 2 hours a day of supervised cardiovascular exercise (treadmill).The control group were completely sedentary for the entire time. The intervention group performed 27 hours of supervised Cardio.

Common sense would tell you that the intervention group burned more Calories and ate the same amount so they should have lost more weight.  Right?

Controversially, both groups lost a similar amount of weight in 4 weeks, 6.5kg for the exercisers, 6.9kg for the couch potatoes. The reason is that the intervention group had a 17% lower resting energy expenditure for the 22 hours a day they weren’t exercising.

The math of Coke’s marketing message is not wrong;

Trying to work out how much energy we use is a complex calculation, because humans are more complicated than simple reservoirs of stored energy.

Harvard Professor David Ludwig, MD explains why our focus on “Calories In: Calories out” is unhelpful during grand rounds at the Cleveland center.

8 Replies to “Calories in : Calories out” 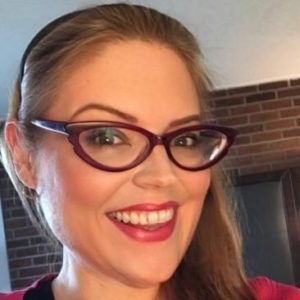 This is the professional site for Karen Ogilvie, Nutritionist.